From the 1990’s through 2017, the Charles P. and Lynn Steinmetz Foundation had a rich tradition of funding programs and institutions focused on Education and Science, as well as the Arts. With his late wife Lynn, Chuck endowed several scholarships, structures, and made statements of giving that show their love for and commitment to community.

The University of Florida, Chuck’s alma mater, has been touched by several acts of giving from The Steinmetz Foundation.

In 2000, Chuck endowed a scholarship fund for graduate studies in Entomology.

The Steinmetz Assistantships are awarded to outstanding M.S. or Ph.D. students. Students awarded these assistantships are given a stipend, tuition waiver, and health insurance, and may be assigned teaching duties during part of their program.

In 2011, the University’s Entomology and Nematology Departmentfound a home within Steinmetz Hall. It consists of two buildings: a 6,000 square foot administrative and support building, and an 82,000 square foot building for faculty offices and labs.

The naming rights came as the Foundation committed $5 million to create five new permanent endowments, including three professorships, an entrepreneurship fellowship fund, a research fund and additional support for an existing student scholarship fund. The support is directed to UF’s Institute of Food and Agricultural Sciences’ Department of Entomology and Nematology.

Closer to home in Orlando, Chuck has supported the education of business management through the Crummer Graduate School of Business at Rollins College.

In 1999, The Steinmetz Chair of Management was created thanks to a gift from the Steinmetz Foundation. The school describes the chair as “enabling Crummer Graduate School of Business to have a nationally recognized scholar in the area of management and strategy.” The Foundation also underwrote the creation of the Steinmetz Lobby within Crummer Hall at Rollins College.

A scientist by trade, Chuck has been committed to ensuring Science is accessible to the community at large.

There’s no better example of this than the Steinmetz Foundation’s dedication to the Orlando Science Center. In addition to serving Chairman and CEO, the Center’s first floor NatureWorks Hall is a gift of Chuck’s to the Orland Science Center and the Central Florida community.

Chuck continues to be an annual donor to the Science Center, supporting its mission to “inspire science learning for life”

Understanding our natural environment and being outdoors has been a Steinmetz family tradition. That’s why the Foundation has supported the Walking Mountains Science Center in Vail, Colorado where the Steinmetz family has spent many years on holiday.

With a passion for art in many mediums, The Steinmetz Foundation has been decades promoting and providing this vital cultural community asset in both Florida and Colorado.

For more than two decades, The Steinmetz Foundation has financially supported the growth and artistic endeavors of:

Arts organizations in Vail, Colorado, where the Steinmetz’s have spent many summers and winters, are also the beneficiaries of their dedication to supporting the arts. The Steinmetz Foundation has supported: Bravo Vail, Vail Valley Foundation, and Vail Jazz.

Chuck and his late wife Lynn dedicated a portion of their philanthropy to their Jewish faith. In addition to support of the National Jewish Fund, in Central Florida the Foundation has supported The Congregation of Reformed Judaism as well as The Holocaust Memorial Resource and Education Center of Florida.

In 2005, The Steinmetz’s dedicated the religious school, the Steinmetz Family School of Chai, to the Congregation of Reform Judaism in October 2005, in the memory of Lynn’s parents.

LINK BACK TO PAST FOUNDATIONS PAGE 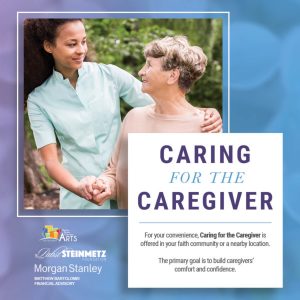